Yes, my little secret is out. In addition to more, shall we say, literate works, I also indulge in media tie-in books. I’m a sucker for wanting to sustain my visits to fictional locations that I find particularly appealing. For example, there was a time (many, many years ago) when I could keep out with all of the Star Trek novels being published. With the introduction of Next Generation and then Deep Space Nine, it became simply impossible if I ever wanted to read anything else. However, I still indulge in this vice from time to time.

So far, I’ve found Contact Harvest slightly better than most of the other books based in the Halo universe. The best are, in my opinion, the two by Eric Nyland: The Fall of Reach and First Strike. I didn’t have an overwhelming desire to learn about Sgt. Johnson’s origins, but I was intrigued enough to find out what other insights into the Halo universe the book might offer. 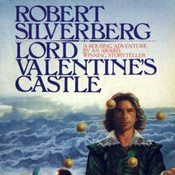 This was one of the first books I ever bought when I first became a member of the Science Fiction Book Club. I remember enjoying it thoroughly then and this time around, having been so long since I originally read it, it’s almost like experiencing it anew again. It’s a fantasy with science fiction elements, without feeling any real need to reconcile the two. This time around, I am finding some things that seem a little too obvious, but it’s still very enjoyable and the reader is very good.

The 100-page script that was intended to be a two-hour pilot for a potential TV series is currently now a 248-page script (about four hours) with more to come. Well, Battlestar Galactica started out as a four-hour mini-series, so why not this? Alternately, I might have a full half-season worth of episodes ready when I get done.

Detours Along the Artist’s Way

‘Twas the Night before NaNoWriMo . . .

And they're FREE this weekend!

We have short stories for your long weekend!
https://paperangelpress.com/free-downloads