What I’m Listening to Now: Valentine Pontifex by Robert Silverberg 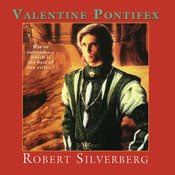 The third in the Majipoor series, this book covers the period about ten years after the events in Lord Valentine’s Castle. The book is performed by several readers, which adds to its variety and effectiveness.

On October 18th, I spent some of the day at the inaugural HeroCon 2008, a fun-filled day of all things City of Heroes/City of Villains. I went to two panel sessions and one workshop:

I only took 10 photos, none of which are all that spectacular. But I post them here anyway for your amusement and bemusement. 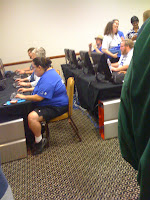 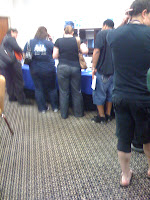 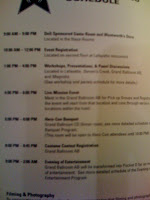 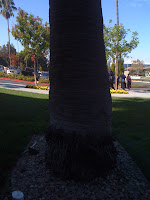 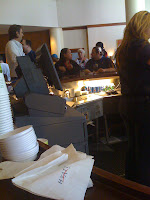 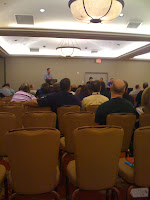 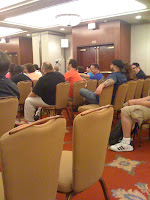 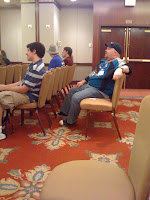 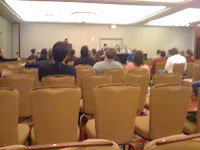 It was interesting to see the wide breadth of ages (and cities of origin) of people who came to HeroCon. I was by no means the oldest person there. That was reassuring. 🙂 There were a lot of couples there, both of whom were involved in the game. (I wonder if there’s ever been a study . . .)

Get to know Nancy Wood, author of "Due Date" and "The Stork" - https://paperangelpress.com/nancy-wood

ways to stay excited about your writing
- make aesthetics
- daydream scenes to your epic playlists
- you want to write soft tropey scenes?! do it!
- let yourself ramble lovingly about your characters
- seriously writing is HARD so geek out over your own work, stay in love with it