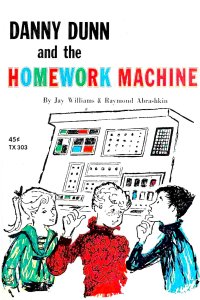 I remember reading constantly as early as the 2nd grade, although I was probably reading earlier than that. But I remember learning (at least based on the assessment level of the book collection I was reading at the time) that I was reading at a 6th grade level while in 2nd grade. (Does anyone else remember SRA reading cards? Are those still a thing?) I also remember that reading was mostly what girls did—at least they are the only ones I remember talking about books—and they mostly read books about horses.

My allowance around that time was $2.00 a week at a time when paperback books cost about $0.65, so I could usually afford to get three books every week. But when the prices increased to $0.75, I became extremely unhappy because I could only get two books one week, and then have to wait a week to be able to afford to get three of them, and then only two the next week, and so on. When the prices increased to $0.95 and then, alas, $1.25, the situation became rapidly unmanageable, so I was forced to start re-reading books that I had already purchased. (There was the public and school libraries, of course, but their selections of science fiction was extremely limited.)

The books that I remember the most from those years include:

I’ll stop there, because around that time I started reading more “adult” science fiction and fantasy. (But it sure was a fun trip down memory lane trying to locate the book covers that I remembered for each of these books!)

We are thrilled to announce the release of our first Dragon Gems anthology, "Dragon Gems (Winter 2023)" in trade paperback and digital editions (and soon in hardcover)!
https://waterdragonpublishing.com/2023/01/new-book-release-dragon-gems-winter-2023/

When you can sense a mystery ...

A new shelf of books for the new year!